Hey fellow airline directors! I realize this is the first time I write a devlog since 2021, so if I haven't already I wish you all a happy (and healthy) new year.

Have you noticed yet we're about to cross the first 50% of our first goal on the Feature Queue? Thank you all for your support! :)

We released our very first version of TAP at the end of December. This inevitably meant I had to fix some bugs during and after the holidays. I'm happy we're able to get these bugs sorted this early in the development. I'm sure that will make things easier in the future. :)  The patches that include these bugs are available to everyone who has access to the December version of TAP. (currently V0.1.0.0b)

After the bugs were fixed we went back to full speed ahead on the January version. Unfortunately it seems like this release will experience some delay. I want to be able to give a decent sized update compared to the December version, but this may take some more time. We will likely release the January version between the 5th and the 10th of February.

The February version itself is still on track for now.

The upcoming version will include the ability to take a look at the manufacturers and their fleet. And a hint at how exactly you will be comparing and ordering new airliners from these manufacturers. Note: not all airliners and manufacturers are implemented yet. This will be a gradual progress.

Here is a sneak peak of some new UI for the menu that enables access to the manufacturers, 2nd hand market, lessors and your fleet overview: 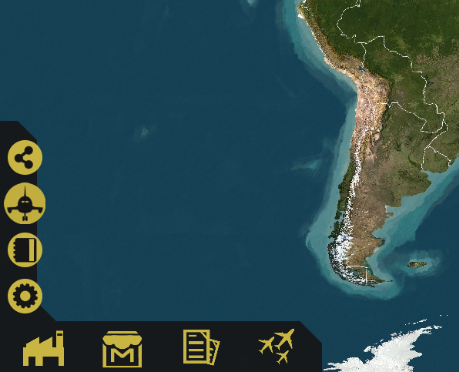 Together with our patrons we decided some of the icons need an update. The manufacturer and 2nd hand market icon will receive an update.

I'm still waiting on some more artwork to be delivered for the actual windows related to this. As soon as I have these, I will share some new pictures on our social media.

The current latest version (V0.1.0.0b; December) is available here: TAP NG DEV 0100 (note that this is not a fully functional game yet; the payment is considered a donation to contribute to our Feature Queue)